Remember the good old days when the only unwanted calls we ever had to deal with came from bill collectors? Those were safer, more peaceful times before spams and robocalls grew into the epidemic they are today!

Spam calls, robocalls, and telemarketing calls are now more pervasive than ever.

Data from the Federal Trade Commission shows that between January 2020 and December 2020, consumers filed 4 million complaints.

Of course, these figures only account for the complaints that people bothered to file with the FTC. The anti-robocall company, RoboKiller estimates its subscribers received 6.5 billion spam calls in September 2021 alone.

And getting these spam calls isn’t just annoying—many of these calls are potentially dangerous, as nearly $20 billion was lost to phone scams in 2020. Bearing that in mind, what can you do to prevent spam calls? Keep reading to find out!

What are Spam Calls, and Where Do They Come From?

Simply put, a spam call is an unsolicited call where the intention is often to market something or defraud the recipient. When people talk about spam calls, they’re typically referring to these four types of unwanted calls.

These calls originate from a live person trying to sell you something from a legally registered business. Telemarketing isn’t necessarily illegal but can be very annoying.

Robocalls can be legal, depending on your jurisdiction.

For example, an automated call from a hospital or pharmacy reminding you to refill a prescription can be considered legal. Other legal robocalls may include debt collection calls, doctor’s appointment calls, and calls from schools making announcements.

Illegal robocalls may include unsolicited calls and messages you didn’t sign up to receive. For example, if you receive a call, especially during the election period, telling you to vote for a particular candidate, that’s an illegal call.

Sometimes, illegal robocalls can be fraudulent. Such calls may ask you to press a button to talk to a live person, who will then attempt to scam you.

Scam calls are a form of fraudulent activity to steal your money or confidential information. Common phone scams you’ll likely encounter include:

While national and federal regulatory authorities have beefed up policies around spam and robocalls, it’s still mostly on you to stop these annoyances.

How to Prevent Spam Calls

If you’re sick and tired of getting too many phone calls from spammers and telemarketers, it’s time to fight back. There are steps you can take on your own and some with the help of your carrier to put an end to spam calls.

Here’s what you can do to prevent spam calls and restore some sense of peace.

You probably have heard the saying, “security starts with you.”

In line with that, one of the best things you can do is safeguard your personal number. Keeping your number private can help to keep off spammers.

If you have listed your personal number on social media, make sure to remove it.

If you must use a phone number online, experts recommend you get a second line. There are many benefits that come with getting a second line for business.

First, you get to keep work and personal calls separate. Getting a second phone number allows you to protect your privacy. You can give your second line to businesses and occasional colleagues and even use it to sign up for things online.

Secondly, you stay off every call and spam list. A second line ensures you’re not exposing your personal number to everyone. Some VoIP service providers even offer some robocall blocking features, adding an extra layer of security.

You can get a second number in under 3 minutes Here at Reach Phone.

Many carriers offer free and low-cost tools you can use to block robocalls and protect yourself from scammers.

Here’s what the big three cell giants have:

AT&T: The company has a Call Protect app that blocks potential spam and fraud calls while also offering nuisance warning labels. There is also a Call Protect Plus version for $3.99 a month, which adds identity monitoring, caller ID, and reverse number lookup.

T-Mobile/Sprint: T-Mobile, which now owns Sprint, offers a scam shield—an app that blocks all calls the carrier deems a nuisance. With Scam Shield, you get anti-scam protections like scam ID, scam block, and caller ID at no cost.

Verizon: The carrier has a call filter app available for both Android and IOS. The free version detects and filters spam calls, while the $2.99 a month version gives you a few additional features like caller id, spam lookup, and spam risk meter.

Many modern-day smartphones—especially those from Samsung and Google—come with built-in options for flagging suspected spam calls.

For instance, if you have a Google Pixel device, the entire screen will turn red when a spammer rings you. Samsung’s flagship phones (S and Note series) have a native feature called Smart Call that automatically screens and flags suspicious numbers.

That said, different phones come with different features for blocking spam calls. You can find these features in your phone’s call settings.

4. Use a Call Blocking App

Don’t have access to Android’s native call blocking? You can download and install a third-party call blocking app from the Play Store.

A variety of third-party apps (free and paid) exist that can identify and block spam calls for you. Such apps intercept the calls, so they never ring through, annoy you, or expose you to scams. Here are a few apps you can try that are available for Android and iOS.

For instance, you’re giving information about your callers and sometimes even who you call to a company that isn’t your cell carrier. This additional exposure can put you at risk, especially in the event of a data breach.

There is no “silver bullet” to prevent spam calls, unfortunately.

But if you exercise due diligence and follow the tips discussed above, you can successfully reduce the number of spam calls you get daily.

Pro Tip: Never let the robots know you’re a real human. Answering robocalls confirms to spammers that your number is real and that you may be interested in their offerings, which may result in more calls. 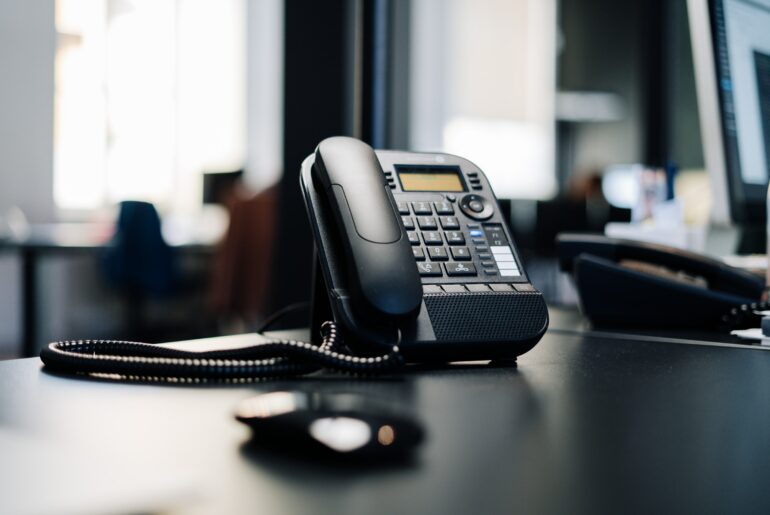 How to Register Your Business Caller ID with the Carriers

The Best Tips for Recording Your Business Voicemail